• TfL and partners working to deliver a great Games, ensure everyone gets to their events on time and to keep London and the UK moving

• Olympic Torch Relay has arrived in London – Public urged ‘Don’t get caught out’, plan ahead and ‘check before you travel’ to avoid the road and public transport ‘hotspots’

• For the latest on how transport services are operating, check before you travel at www.tfl.gov.uk and follow @TfLTravelAlerts (Tube, DLR and London Overground) and @TfLTrafficNews (roads)

The Olympic Torch Relay has arrived in London and the capital’s transformation into a massive sporting and cultural venue gathers pace.  Central London, the ORN, areas around venues and the Torch Relay will be exceptionally busy.  Up to one million extra visitors are expected in London every day during the Games, making an additional three million journeys over and above the usual 12 million daily journeys on public transport.

This is the first of Transport for London’s (TfL) London 2012 Games travel bulletins for media.  They will provide key travel information and advice for the following day on London’s public transport and roads and will be issued daily from today Friday, 20 July and twice daily, expected to be at 0700hrs and 1400hrs, from Wednesday, 25 July.

Alongside these media travel bulletins, at 1400hrs each day, TfL will also publish the full 2012 Transport Factsheets on which they are based.  Factsheets for each day of the Olympic Torch Relay, Olympic and Paralympic Games have already been produced and published at GetAheadoftheGames.com, but they will be revised on a daily basis, based on the latest information and experience, throughout the Games.

TfL’s media travel bulletins for the following week focus on travel information and advice for the Olympic Torch Relay in London and the changes that TfL will be making to the road network ahead of the implementation of the Olympic Route Network (ORN) on 25 July.

Maps and animations showing the route and transport impacts for each day of the Olympic Torch Relay when in London are available at the GetAheadoftheGames.com website at the following link and by selecting the day of the Torch Relay using the slider at the top of the map: www.getaheadofthegames.com/travelinaffectedareas/city/london-public-transport.html

• The Olympic Torch Relay will start its week long journey through every one of London’s 33 boroughs tomorrow;

• On Saturday 21 July, it will be mainly in east London, travelling from Greenwich Park (approx 0730hrs) to Waltham Forest Town Hall (1930hrs), travelling through Newham, Tower Hamlets and Hackney.

• The Torch will be at Westfield Stratford City from approx 1230-1400hrs and significant crowds are expected and Stratford station is expected to be exceptionally busy.

• Roads will be temporarily closed before the Torch arrives and the roads will be exceptionally busy;

• Disruptions are expected on roads around Hoxton and Stoke Newington between 1600-1730hrs;

• Deliveries in the Stratford area should be avoided between 1200-1400hrs.

• Experience from around the UK shows that very large and enthusiastic crowds will welcome the Torch as it travels through the capital;

• If you are planning to view the Torch, stay local – the Torch is passing through every London borough so try to view it when it passes through an area close to your home or work;

• Avoid driving on, or close to, roads that the Torch Relay will be visiting, as well as central London, around the ORN and venues;

• If you have to drive, plan ahead, consider re-timing your journey and allow more time;

• On public transport, avoid stations that are on or close to the Torch Relay routes.  These stations will be exceptionally busy up to two hours before and at least one hour after the Torch passes;

• Before travelling, check out live travel updates at www.tfl.gov.uk or by following @TfLTravelAlerts (Tube, DLR and London Overground) or @TfLTrafficNews (roads); 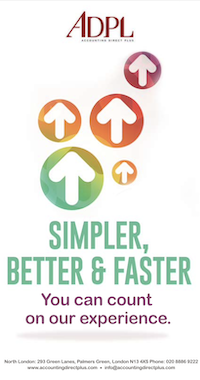